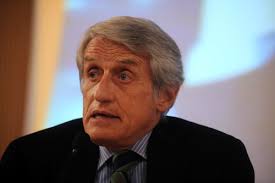 Some neglected aspects of the global crisis

The aim of this paper is to analyze some key aspects of the global economic/financial crisis, which are either neglected or not sufficiently investigated in most scientific and media accounts in a sociological perspective. I focus on the United States -since the crisis started in the core country of contemporary market capitalism- and I discuss two basic aspects:

a) the cognitive framework which deeply influenced the key decisions taken by both institutional and private actors, both in the market and in the political arena,

b) the mechanisms of pressure politics and the aims and strategies of key economic interest groups.

More specifically, I start discussing the cultural orientation prevailing in the US corporate, government and intellectual elites, through the analysis of essays, statements and documents. This cognitive framework- developed in first-ranking universities in the US and abroad as an instance of rigorous scientific method -has become main-stream economics. Its core is the neo-liberal conception of the self-regulating market, according to which markets are capable of restoring their equilibrium whenever either rigorously exogenous factors or statistically unlikely events create imbalances. Its other major cognitive elements-alongside the theory of the market as a spontaneous order- are the predominance of the virtual economy over the real economy, a conception of money that overstresses its symbolic component over its meaning as a measure of value, and a changing attitude toward risk and trust.